Bolts are used in just about any industry you can think of. They are used in the manufacturing industry, construction industry, carpentry, woodworking; you name it. Even some kitchen appliances use bolts.

This speaks to how important these components are because their job is to hold items together. To keep items secured together. There is a wide range of bolts available with different designs and applications. So let us a look at some of them. 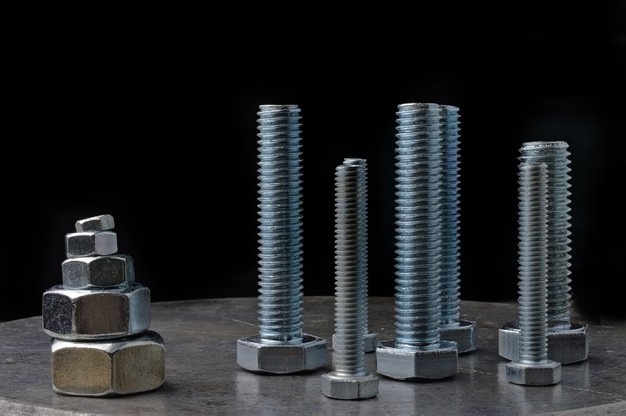 Hex bolts or machine bolts have a hexagonal head and small threads. They are commonly used for fastening various materials, including wood and steel. The hexagonal head makes them easy to grip by hand or tool. So you can tighten them and loosen them with your hands without needing a tool to do it. But of course, to tighten them completely, a tool is required.

They are large, versatile, and tough, which is why they are widely used in the construction industry.

Carriage bolts or coach bolts are large bolts that are used to hold together materials like wood and metal. They have a smooth rounded head that resembles a mushroom, a small square underneath the head, and a smooth shank with threads at the end.

They are versatile, strong, and corrosion-resistant, and they are commonly used with washers and nuts to fasten two materials together. They are easy to use, particularly when attaching wood to wood. And their smooth mushroom-like head makes them visually attractive and offers some safety level when constructing wooden decks, wooden furniture, wooden fences, and anything wooden. 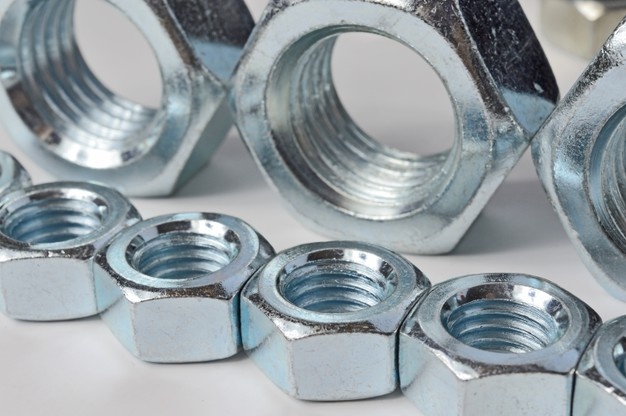 Plow bolts have a similar structure or design as carriage bolts, and they are widely used in making mechanical bearings and constructing roads. They are heavy-duty bolts, and like other bolts, they come in different sizes.

Lag bolts also referred to as lag screws, have a hexagonal head and a partially threaded shank.

They came in varying sizes and compared to other bolts, and they are much larger.

Lag bolts are tough and sturdy. They are some of the toughest bolts, so they are used for fastening items that can bear immense weights or forces.

Eyebolts have a circular ring on the head, and the shanks are either fully threaded or partially threaded. They are commonly used for attaching cables or ropes.

U bolts are U-shaped with threaded legs, so to speak, extended from the curved base. They are used for attaching to pipes, beams, poles, or walls. They are often used as anchors or framing fasteners for pipe holders, roofs, and foundations.

Elevator bolts have a flat head with a square neck underneath the head and a threaded shank.

They are typically used in conveyor systems and furniture construction. Although they are used for fastening items together, they are also sometimes used as leveling legs.

Sex bolts, also referred to as Chicago bolts or barrel nuts are fasteners that attach two fasteners, usually nuts and screws. They have many other names; in fact, these are possibly the only bolts referred to in many different names. But basically, they are shaped like a barrel, and they are threaded on the inside.