10 Ways To Promote Your Small Business

Working, shopping, and interacting online are all part of the fantastic experience that technology provides today. With those tremendous things comes one caveat: our privacy and data are almost always at risk while online—and everyone is pretty concerned about it right now.

So how do you recapture some privacy and enjoy your online time? With the use of virtual private networks. What are these networks, and the benefits of getting a VPN? Let’s take a look!

What Is A VPN?

The concept of the Virtual Private Network (VPN) is pretty simple. It extends a private network to a public one, making it easy to send/receive data through networks privately. Applications that run in a VPN environment have more functionality and security when the private network manages them.

A VPN allows you to securely connect your device to any other computer on the internet (known as a server) located throughout the world. Because the servers can be geographically unique, a VPN can let you access geo-blocked content or simply browse quickly, knowing that your data gets encrypted.

There are quite a few different types of VPNs. For instance, an SSL VPN uses the Secure Sockets Layer (SSL) to transmit confidential information over the internet. A site-to-site VPN gets used between two firewalls or routers that share an Internet connection.

These VPNs might be something you’d use at your office. Some devices, computers, and even web browsers have built-in VPNs or VPN proxy services that can be switched on at the push of a button or by tweaking a setting.

Some of the more popular and functional VPNS are represented in professional services that can be obtained via a subscription model.

What Are The Pros of Using A VPN 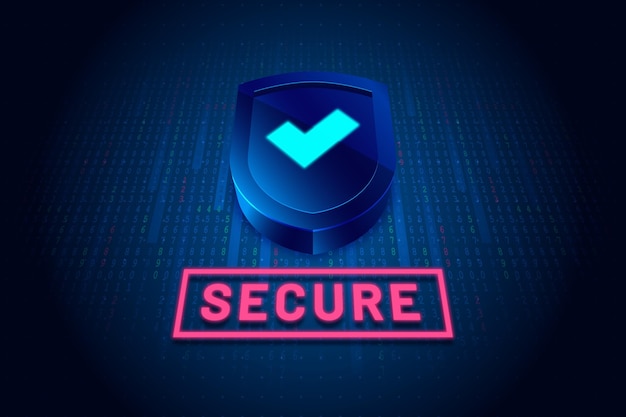 The biggest Pro of getting a VPN is that it protects your privacy. Creating a private Channel through your device and the provider gives you an encrypted connection.

Doing so obscures your IP address so that no one can see what you’re doing. The privacy protection includes your internet service provider. All the data that flows in and out of your device gets encrypted before sending it to the server that the VPN company runs. From there, the data gets encrypted again and sent to its destination.

Anyone that might be lurking on your local network looking for an easy part or any other possible attackers won’t be able to get your data. This also extends to protecting you on public networks. Most public Wi-Fi networks are unsecured, meaning they don’t require a password or any other credentials to serve as a security layer.

This puts your data at risk to anyone who wanders on that network and wants to take it. Your VPN is an encrypted tunnel that stops this from happening.

If you’re worried about your online security, a VPN can protect you in several different ways. A VPN will protect your Internet traffic from being stolen by people on the same network you’re using.

It can also protect you against malware, phishing, and viruses from third-party attackers. VPNs stop your data from being hijacked or falling prey to targeted advertising because of the powerful encryption methods used by VPN services.

When your computer connects to another one via the VPN server, all of the data passing through gets encrypted using an algorithm like AES-256 (which is incredibly durable and tough to crack).

If someone somehow steals the data while it’s moving, it would be utterly unreadable unless they had the decryption key. That’s not impossible, making VPNs one of the best ways to secure your privacy.

3 – No Connection Throttling and Unlimited Bandwidth

Have you ever been using the internet and suddenly discovered that your connections get slower or you’re facing a lot more buffering than usual? If so, then your ISP is throttling your connection.

In simple terms that just means that they are slowing it down because it thinks you’re using too much bandwidth. Sometimes they do it to cut back on their expenses once in a while, or it might be because the network might be overloaded a bit as other users work on it.

Speaking of throttling, another perk of using a VPN is unlimited bandwidth. Unlimited bandwidth is ideal for anybody who watches many videos, downloads plenty of files, streams online, or does any High bandwidth activity.

Through unlimited bandwidth, you can stay on the same server and not get booted or lose your connection while in the middle of an activity. Downloads can happen at higher speeds, and you shouldn’t idle because of a lost connection.

What Are The Cons of Using A VPN?

The biggest potential issues with the VPN are that they’re not designed to be an antivirus program and that there is sometimes the possibility of being disconnected from work.

Sure, it can help you avoid ads, invasion of privacy, and third-party attacks, but it won’t actively prevent viruses. Remember that not all VPNs are part of a larger package that has built-in antivirus or malware protection.

There’s always a chance of some kind of technical failure that could cause your VPN to become disconnected. This might effectively undo some of the privacy protection. Another potential concern is slower connection speeds as the technology encrypts data packets across longer distances.

Although VPNs are usually faster, the further away a server is located from your area, the more likely you might experience a bit of slow down here and there.

With a professional, secure VPN, you get a comprehensive variety of features, including malware protection or integration with other protection programs.

The key to maintaining your privacy and security online is using a VPN and other services. There are some compelling reasons to get a VPN, but that doesn’t mean everyone needs one.

There are many choices out there on the market today To suit any benefits and number of devices you need to use. Keeping yourself safe should be a top priority, and a VPN is a direct route to attaining that goal.

Arnab is a passionate blogger. He shares sentient blogs on topics like current affairs, business, lifestyle, health, etc. To get more of his contributions, follow Smart Business Daily.